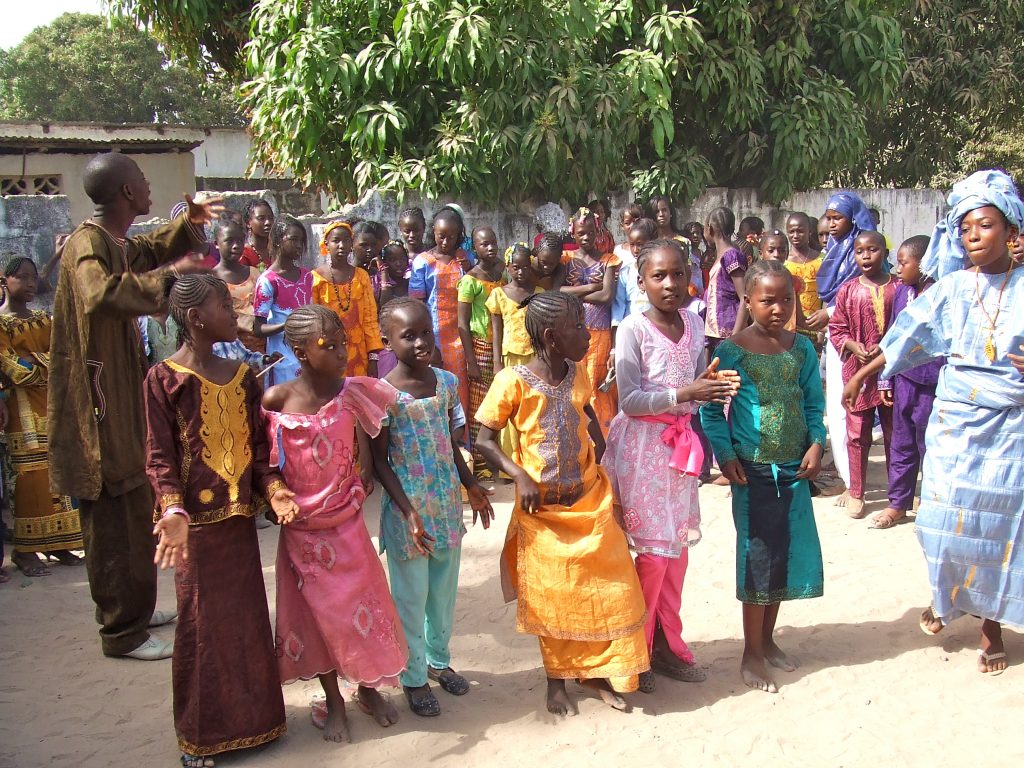 History of the Group

Since starting the charity a long-term ambition of Maureen’s was for more people to meet the wonderful children from the Jolaurabi School in Kenya. Encourage by some sponsors vising Kenya who agreed with her ambition, she was given the confidence that a tour to the UK could work, so Maureen formed a singing group consisting of 24 children called the ‘Singing Children of Africa’ which she brought to the UK for a 12 week tour in 2006. This required remarkable determination and fortitude and was certainly not an easy journey; In fact the first concert had a couple of children missing as their visas had been delayed! 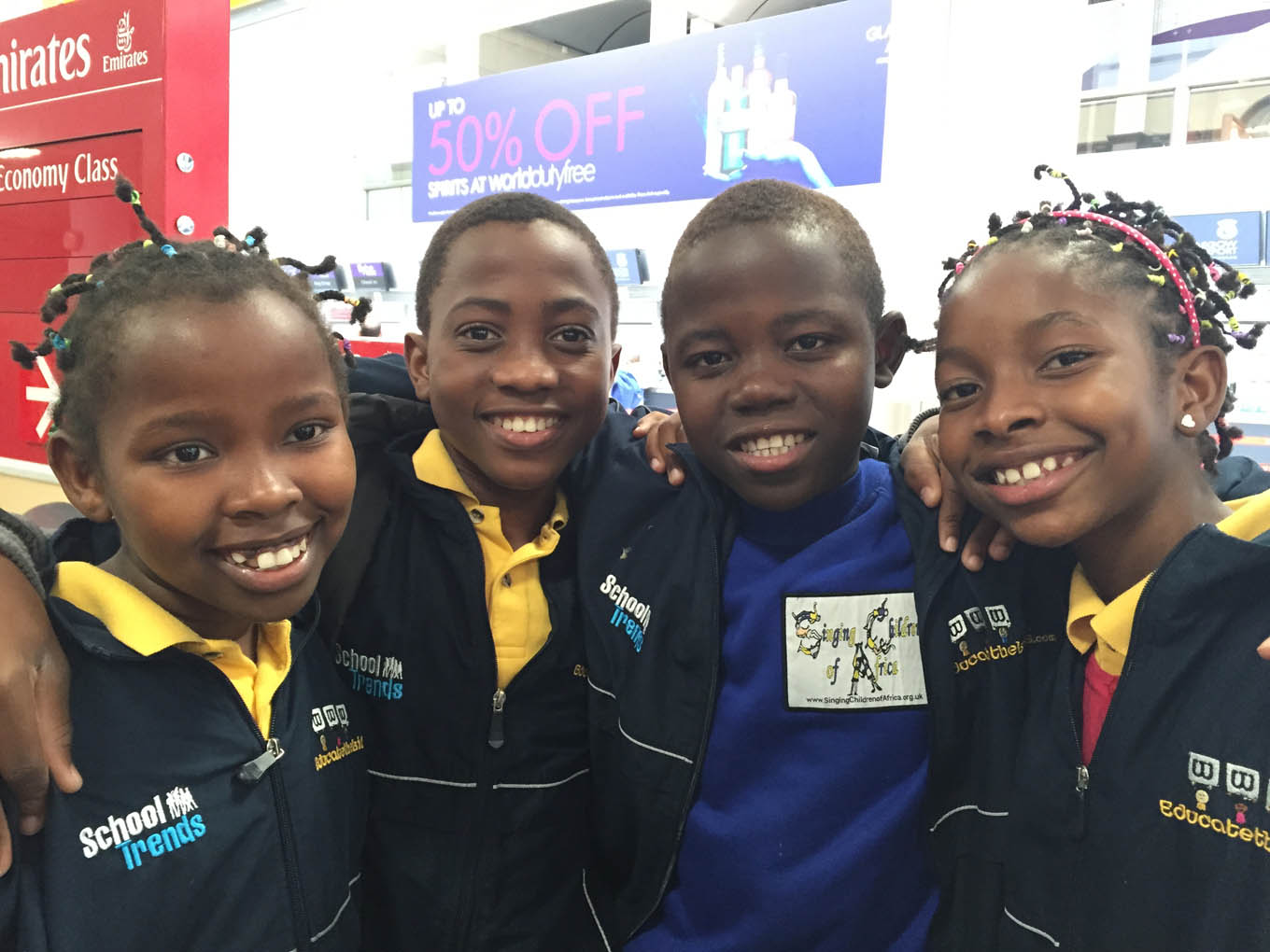 However the British public fell in love with the children’s singing and dance moves, but most of all, with the children themselves. The astonishing amount of money raised on this tour funded the building of an orphanage. The children were no sooner home than the requests from schools and organisations asking if they could come back the following year started to flow in, so the children returned for an even bigger and fun packed tour in 2007. On the 2007 tour, the organisers of the Colorado Music festival were made aware of the children, and after negotiations agreed to pay the flights for the children to attend the2008 international music festival, which had children from all over the world performing. Therefore In 2008 the children came back to the UK for a shorter tour and then onto the USA for four weeks! We are perhaps biased but the Singing Children of Africa were the highlight of the festival and so many of the wonderful host families fell in love with these children and are still sponsors currently, who regularly beg us to take the children back. 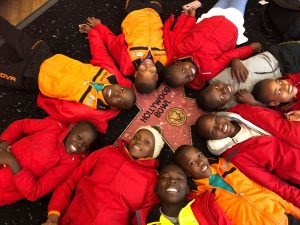 At the end of the 2008 tour we had to consolidate and manage our growth, which needed. This coupled by the exhausting process of funding; staffing, coordinating and managing the tours meant that it wasn’t until 2015 when Maureen astonished us all (at the age of 76) that she really felt we should do another tour, that we deliberated bringing the Singing Children of Africa back… they arrived May 2016! (then 2017, 18 & 19)! 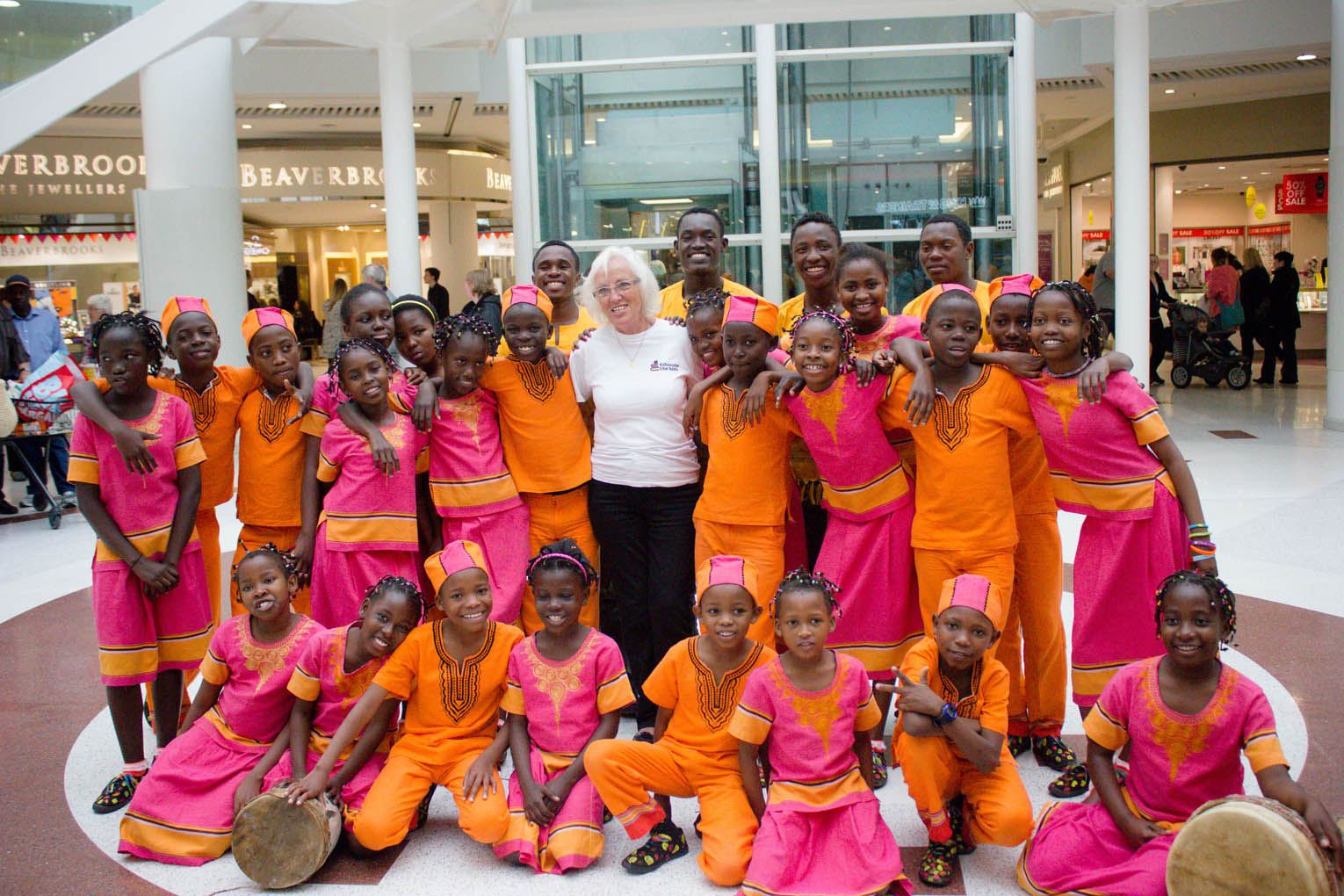 The experience from the earlier tours has meant that organising has got slightly easier over the years; we have made good contacts and have some wonderful volunteers who give freely of themselves. The time commitment and stress in bringing something like this tour together probably means that the 2016 will be the last in this sequence… for the time being.

How are the children selected?

The children audition and the schools music teacher selects the group with the input from others like Maureen. We recognise that the singing children of Africa are not a school choir, but rather a performing group who sing and dance. Siblings often appear in the line-up who are not selected because they are related but because they have been chosen on merit. We recently discovered that many of the older children who came on earlier tours have been coaching their sibling and teaching them the songs and dance moves, no wonder the shone through.

Not all the same children come back every year, changes are made that prioritise the children’s schooling, and give other children the hope and opportunity to be part of the group and this exciting adventure. 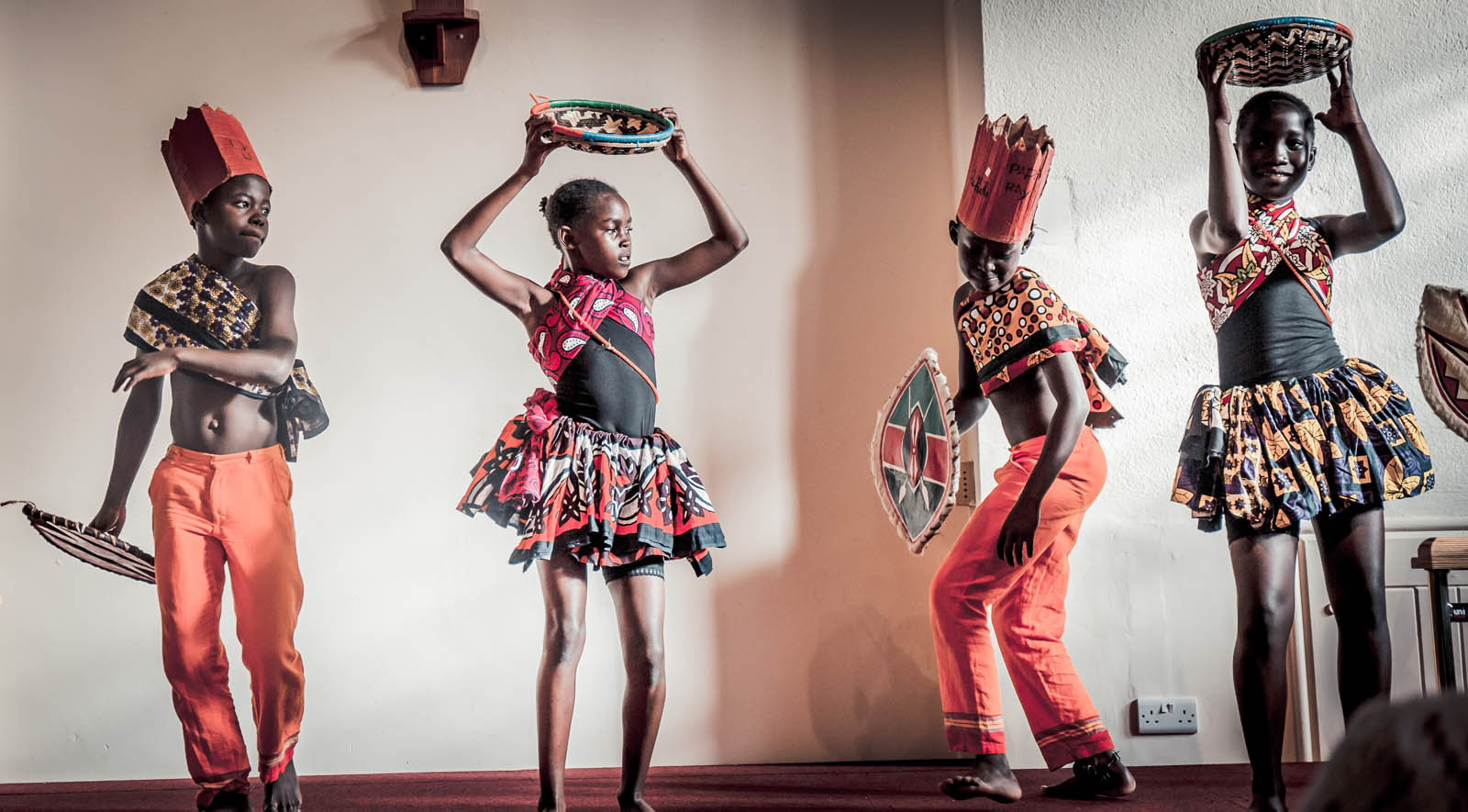 What do the children do when in the UK?

The children love visiting schools and learning alongside children in the UK. Schools love having them visit as the children have such a fantastic enthusiasm for learning, and thrive on the many wonderful opportunities is provided for them. They gain educational experiences that they simple wouldn’t have had. 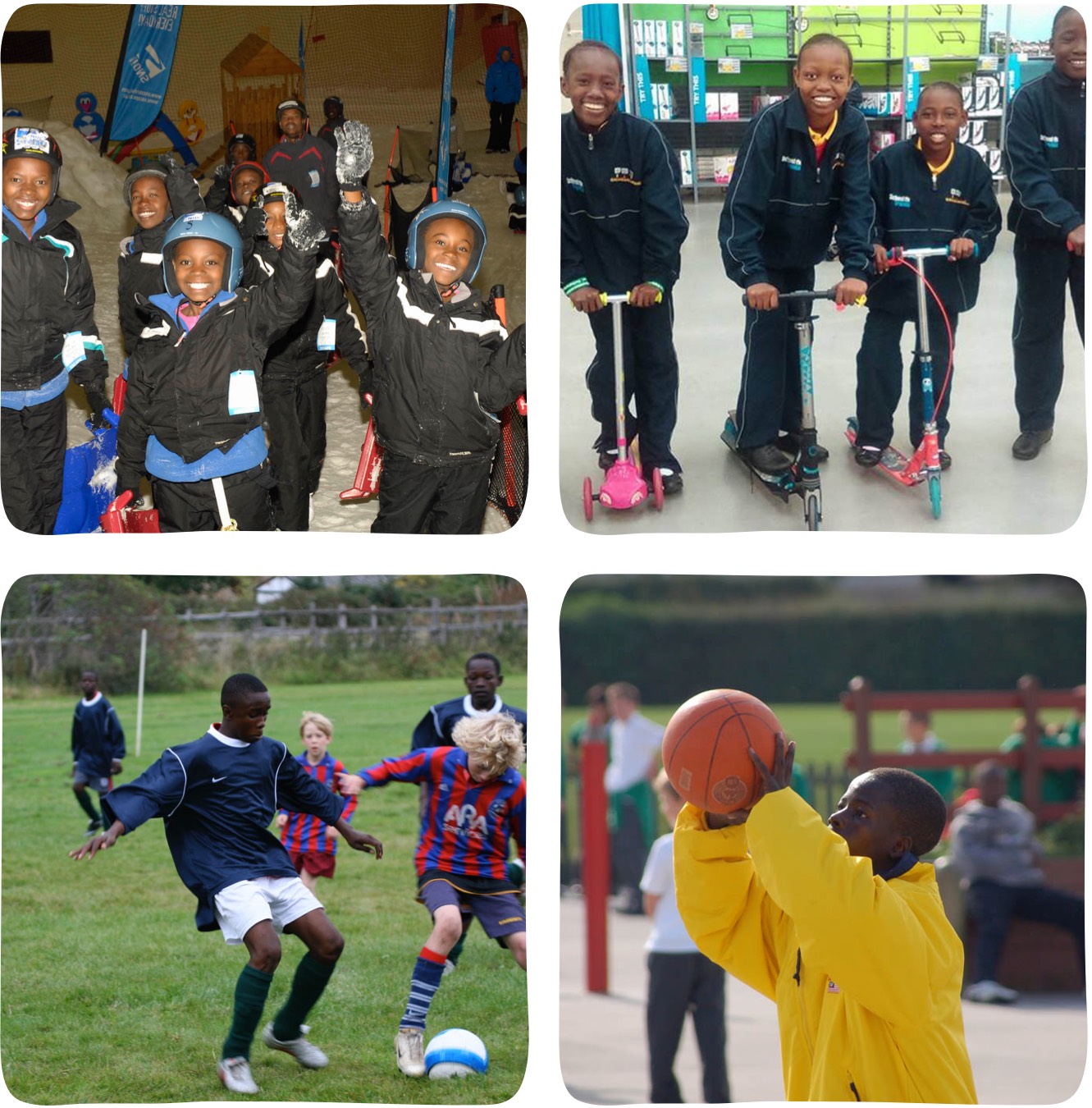 The children are hosted by families and this is often is the highlight of being here, the children love the way that the people of the UK & USA have opened up their homes and hearts and have be so generous to them in so many ways. The Legends over the years have returned and lodged with the same people often becoming a fixture of the family.

We try to keep full costumed performances to around 3 in a week, although the children would perform every night if allowed to do so, and certainly seem to have the energy! We are amazed that they never complain and are always happy to give you a song, they are really proud of their talent.

What happens to the money they raise?

The tour in 2006 & 2007 provided the funds to build, furnish and staff our orphanage. 2008 money was used to build the first phase of our secondary school. The 2015 tour allowed us to improve and do necessary maintenance on all our school buildings, resurface the school playground, upgrade water pumps, replace some furniture in the orphanage and upgrade our stockroom.

After all costs have been met for the tour we use the money to improve infrastructure at school, extend learning facilities and support children in higher education. 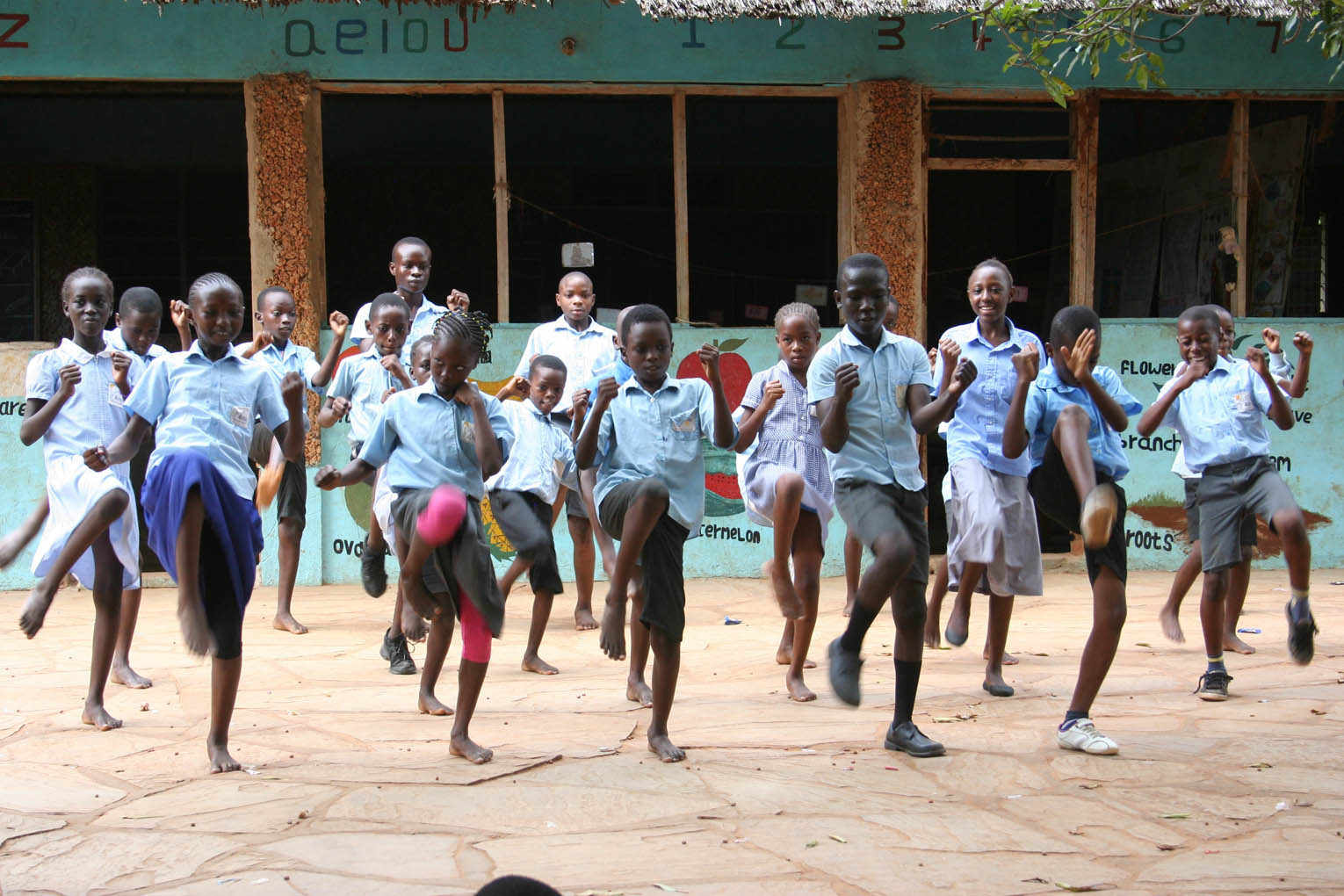 How do the tours benefit the children?

We know that the children are very proud to be Kenyan and also love being in their stage costumes, when they feel good about themselves. For this reason and the fact that the children are so happy, sometimes people in our western society find it hard to believe that these children come from the poorest of backgrounds, and question us if this is really the case? The children are all very poor in material terms but they do not lack from a shortage in so many other qualities. They are rich in happiness, love, smiles, value education and friendship are open, kind, considerate, fun and resilient. These tours afford the opportunity in a lifetime for them to learn new skills and meet children from other cultures.

Previous tours have evidenced that attending schools in the UK whilst on tour have been beneficial to both students and teachers. Now that some of the children who came on the very first tour in 2006 are grown we can see and they have told us what a benefit the whole experience was for them:

Children who have been in previous years are much more confidant and outgoing. Cultural awareness, language skills and exam results are improved as a result of the tours. Visitors to our Kenyan schools say they can easily spot the children who have been on tour in the UK because of the manner in which they conduct themselves. 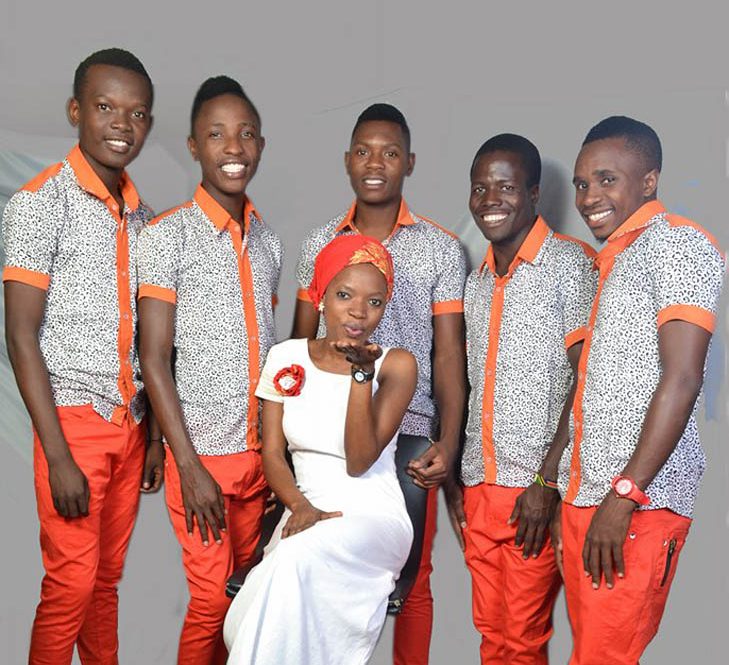 WHY NOT! The legends named themselves! Previous visitors to the UK and the USA, they are now grown and all back working in the school in some capacity. They are a joy to work with; they supervise the children and know the ropes, the children love them and it has made the tour so much easier having them on board. After the 2015 tour Simon Munga has taken on the lead role of teaching the children their songs for 2016. Simon a founding member of the group now makes a living from performing and we are so proud of him, he regularly appears on radio and is breaking through in the Kenyan music scene. Kombe presented himself as a natural leader through these tours and after returning home in 2017 started a degree in business management, he now runs logistics the tours and for the school and charity in Kenya

Learn About some of the Legends 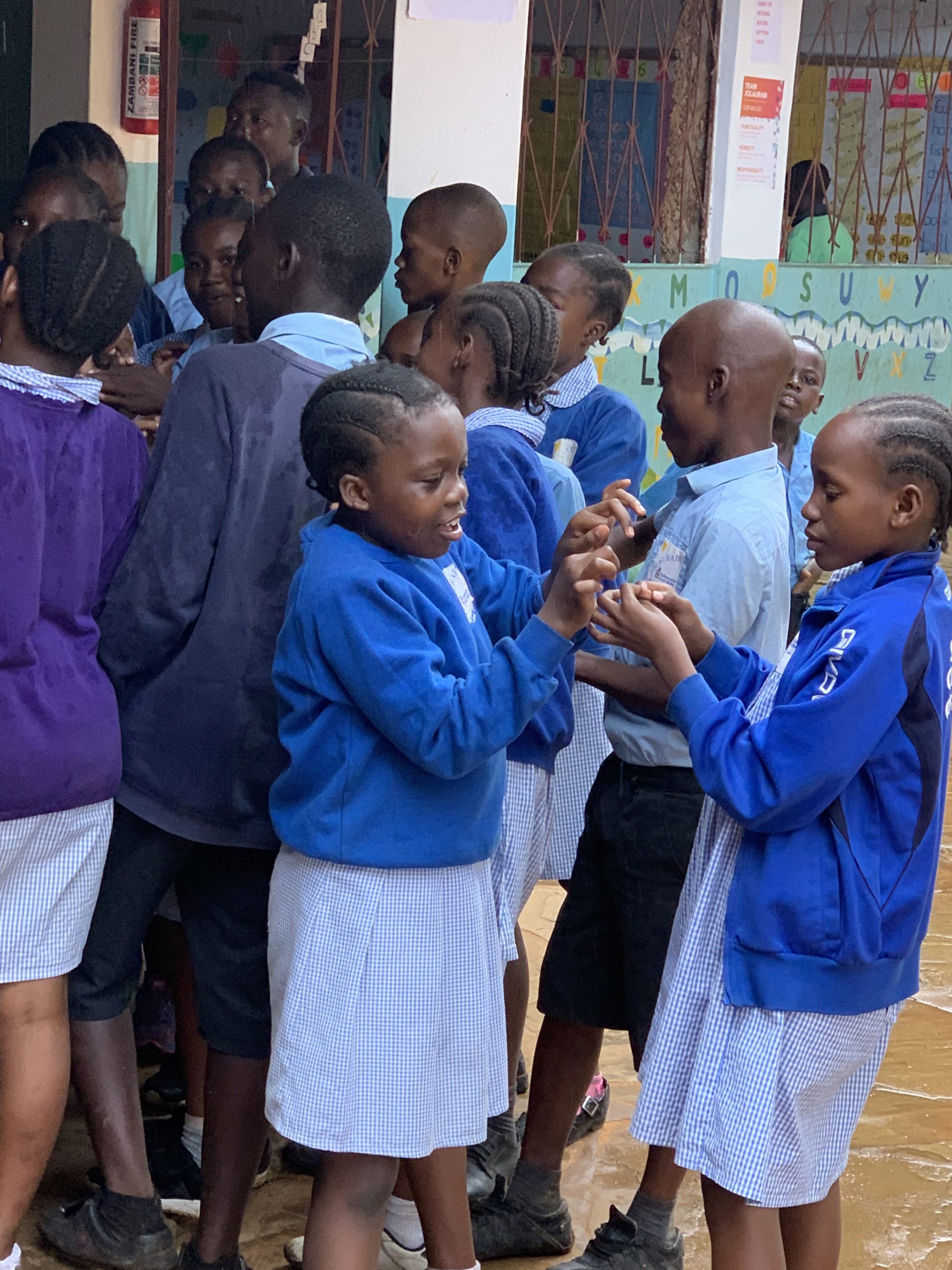 EVERYBODY NEEDS SOMEBODY TO LOVE 2006 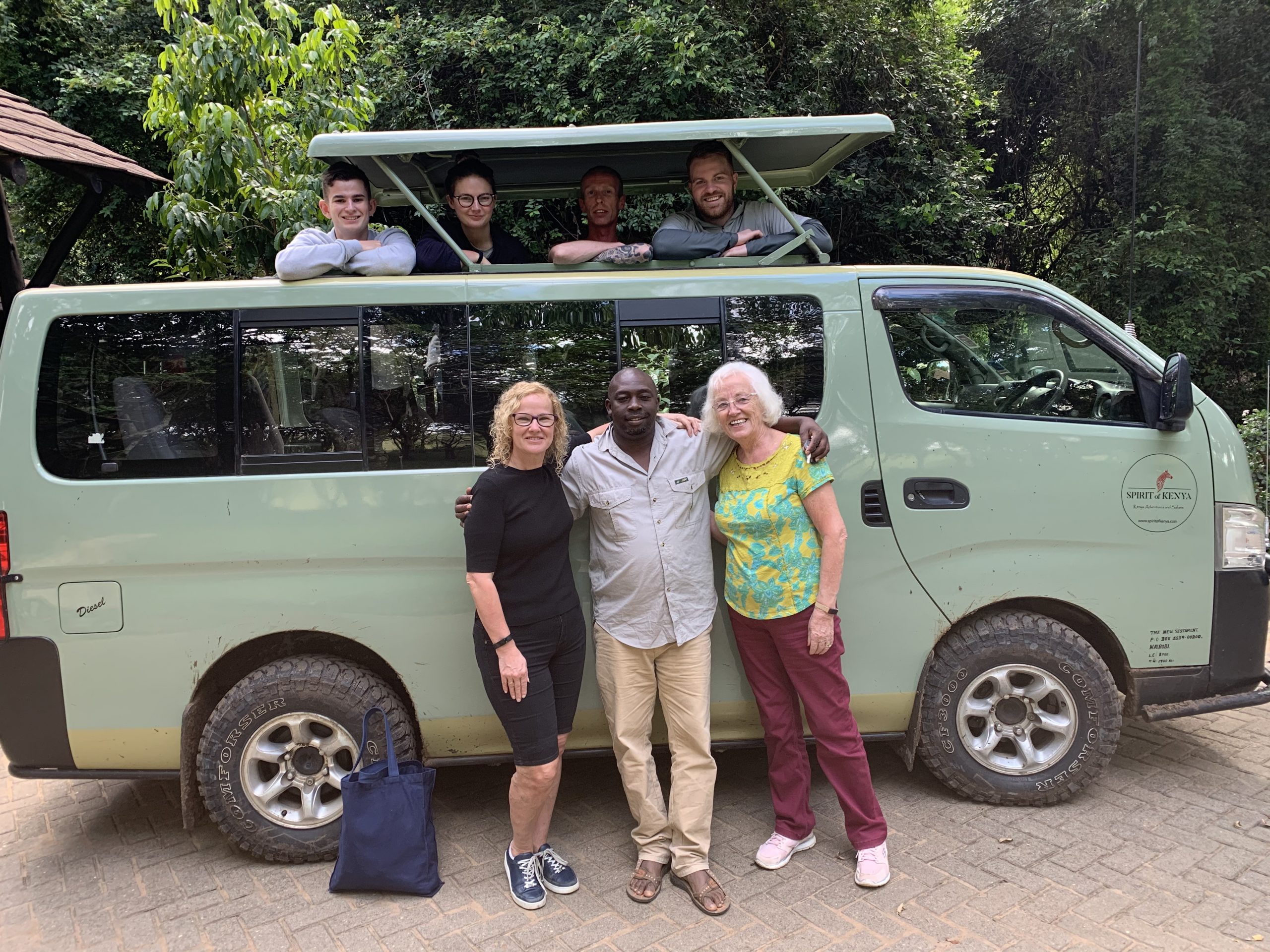 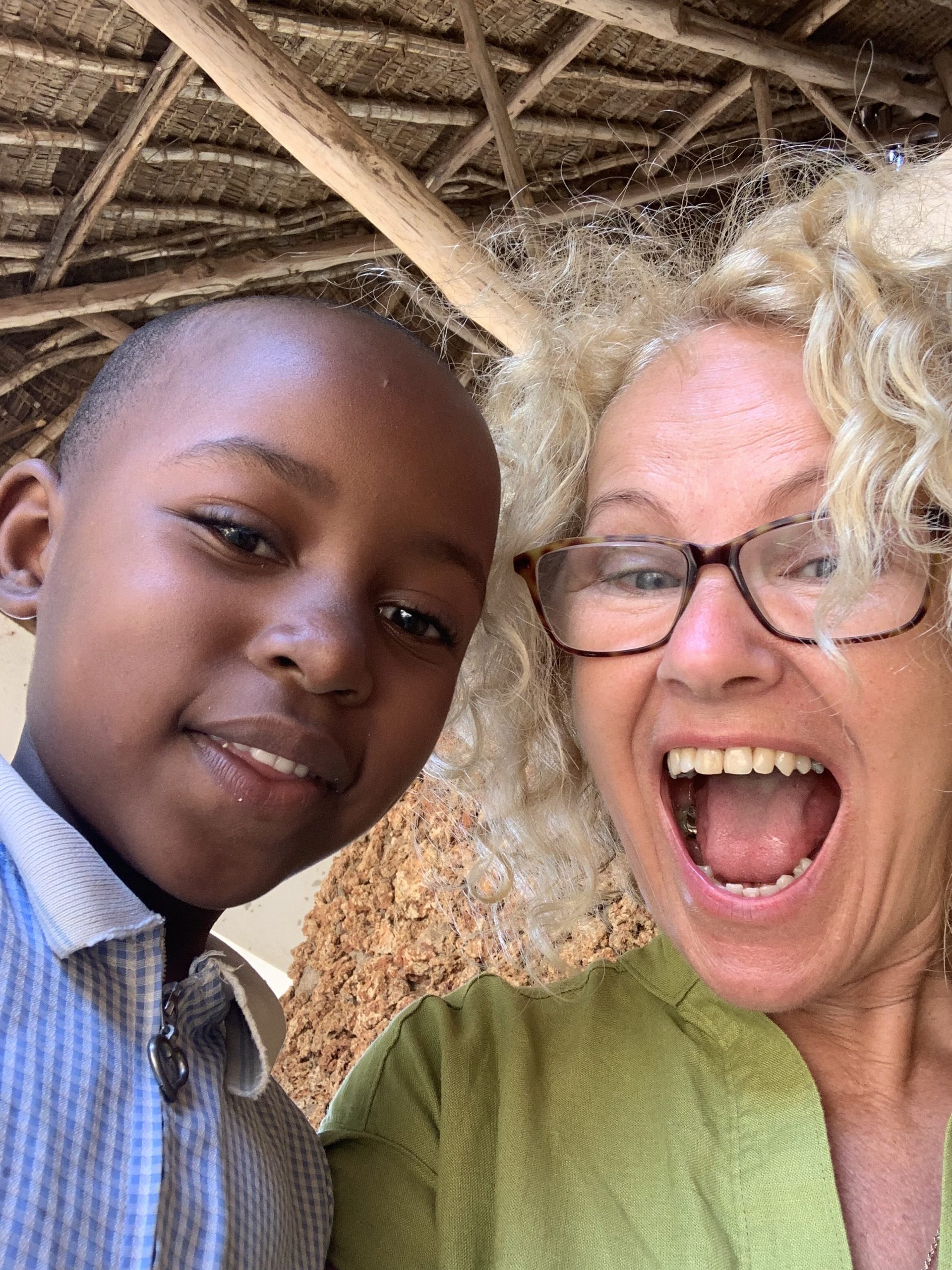 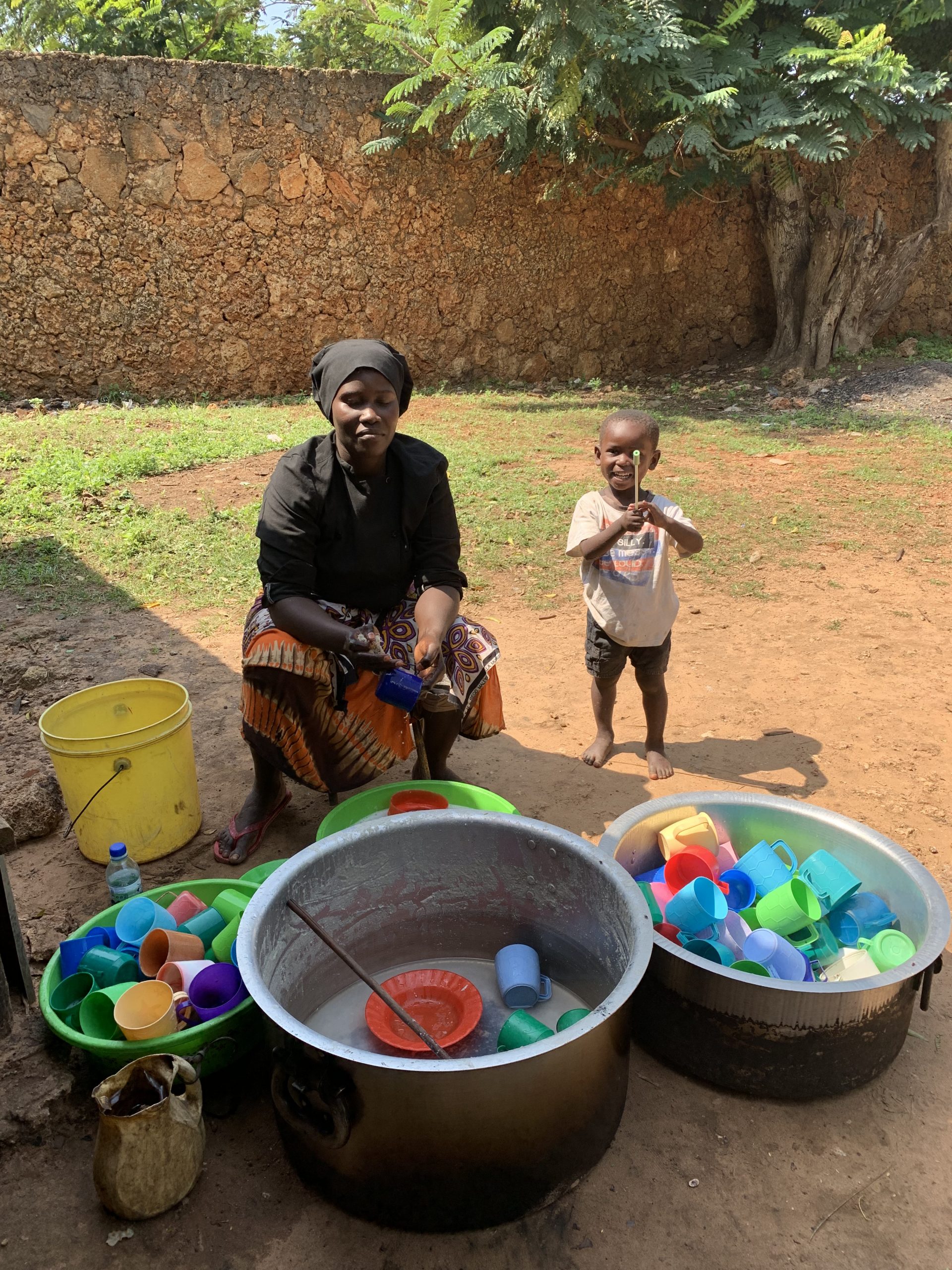 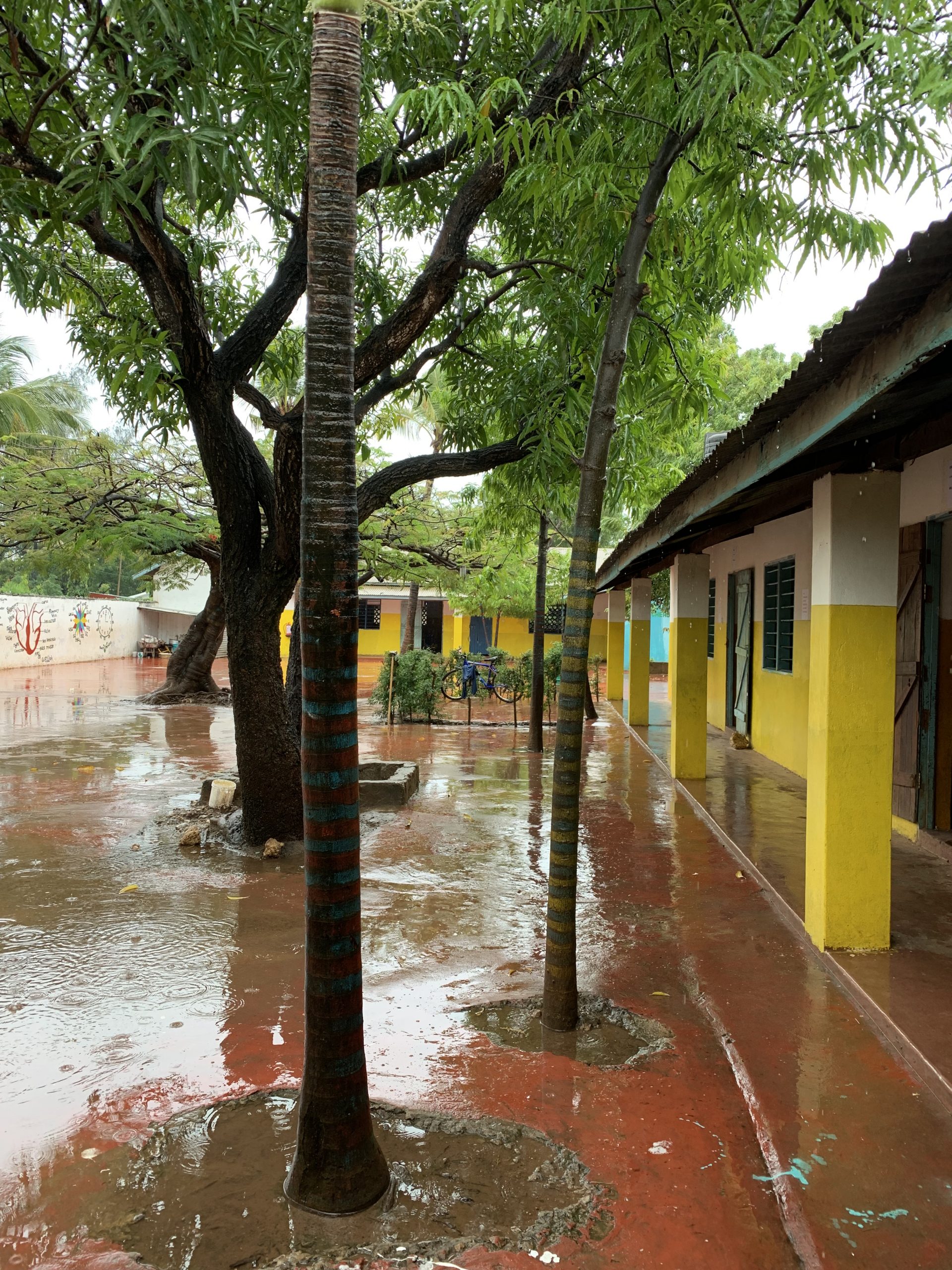 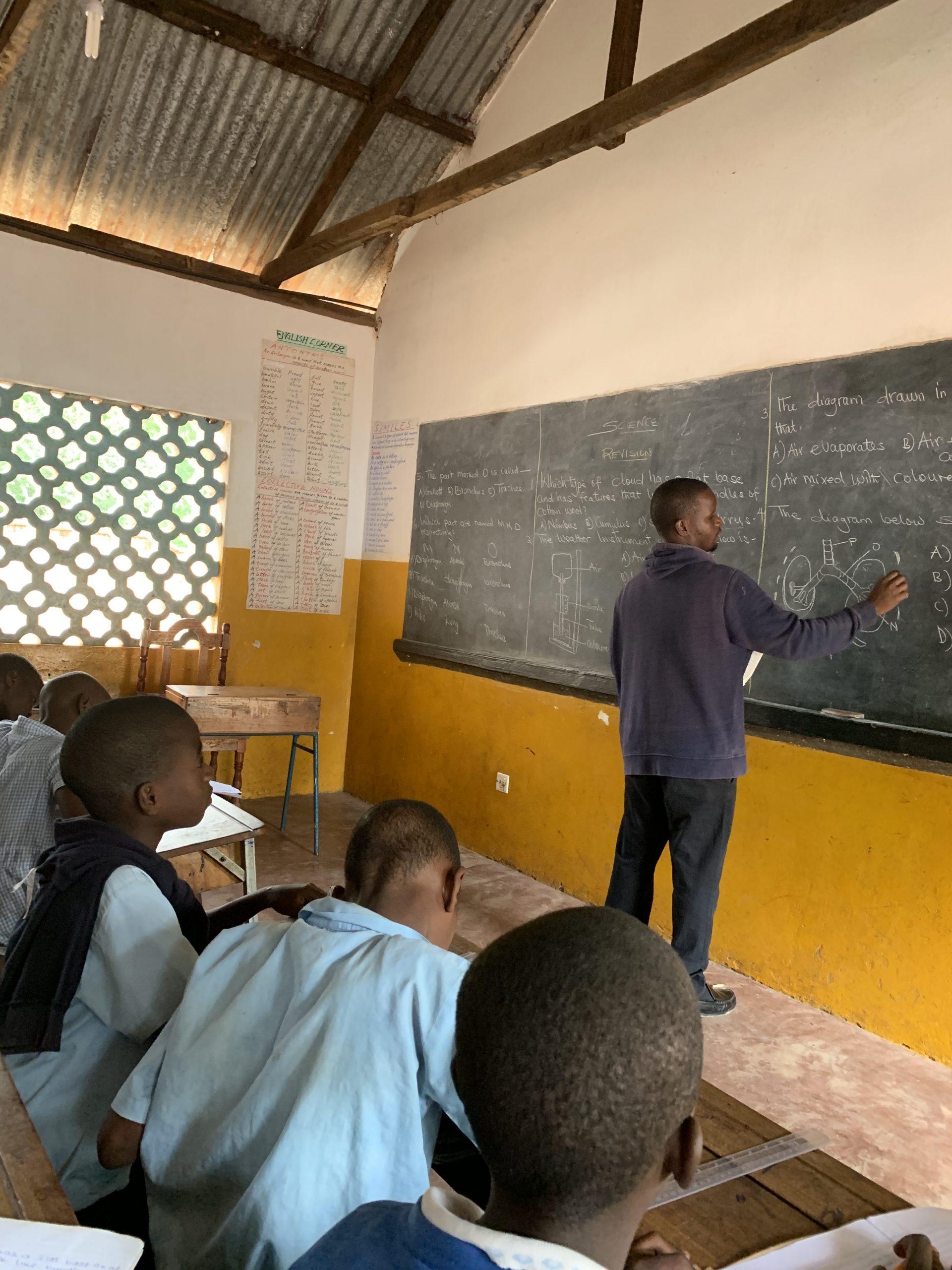 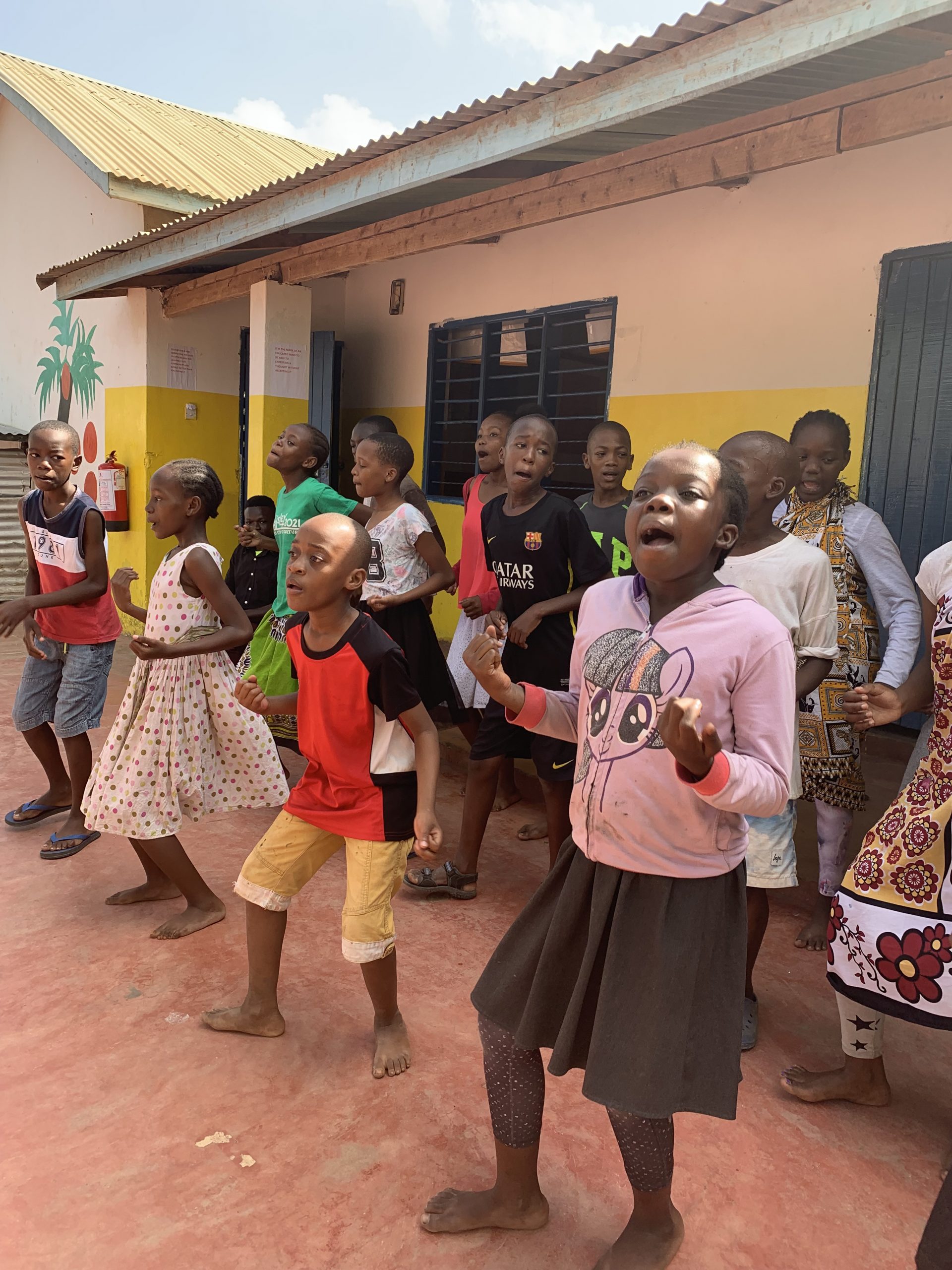