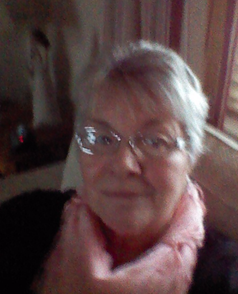 Avril Ferguson lives in Dumfries, in south-west Scotland, and she has been involved with Educate the Kids since before it became “Educate the Kids.”  A friend of hers was a good friend of Maureen’s (the founder of the charity) and told Avril and a few friends about the wee boy that Maureen had sponsored after her first visit to Kenya and asked them if they would be willing to do so the same (sponsorship organised by Maureen). Avril decided she would sponsor a child, but soon afterwards there were problems with corruption with the school that these children were attending (sadly, a not uncommon occurrence in Kenya).  Maureen then took the opportunity to renovate a building and start her own school.   The rest, as they say, is history!

“Once Maureen started the charity, more people at our church, in various places, sponsored children.  The women meet together annually in Edinburgh, so with money being tight, we helped with sewing and making uniforms.  Someone gave us some obsolete uniforms and we made skirts, shirts, ties and sewed Jolaurabi badges on second hand sweatshirts which had been given to us.  Dresses from pillowcases were also made for girls in the village.

“My husband and I sponsored children until his death in 2000 and I have continued to do so.  It’s a real pleasure when you hear how they’re getting on or if you write to them and they write back. They are so grateful for the help they get; it’s touching and humbling.

“I’ve never been to Kenya (I’m not too keen on flying long distances) but I’ve hosted the children three times on their tours to the UK.  Getting to meet them when they come is wonderful.  It’s lovely getting to see how they respond to our way of life.  They look at a tap running and are amazed. I lived in a three bed house: it’s not big but a wee girl asked “how many people live here?” and couldn’t believe it was just me. They are so used to sharing their very small houses with several family members, and they don’t have electricity on tap the way we do. Many of them have to go to the Orphanage near the school in Kenya to do their homework because there is no lighting in their houses.

“On the last tour, we went out early in the morning and it was frosty. The children had never seen frost before – they wanted to stay out writing their names in it and taking photos to show their friends. 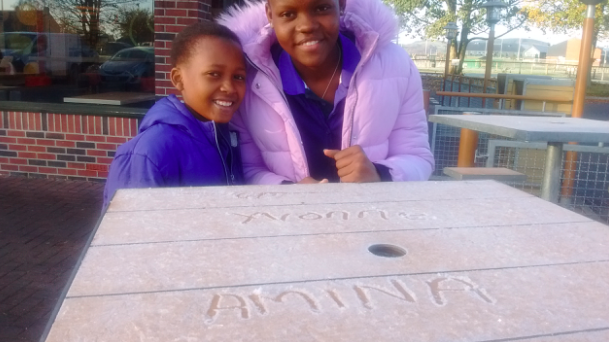 “They are so content here, but they don’t seem to mind going back home after being in the UK. What would stagger many parents of British children is the way they share everything.  One child who stayed with me had been given a wee monkey toy and she (who has almost nothing) wanted to leave it for my grandchildren (who have quite a lot!). When you give them something here in the UK, they are thinking about who they can give it to when they get back home.

“If you can, please take part in Educate the Kids, because it’s so little money for so much and it allgoes to the children. Not only do they not have anything we would regard as normal, some of them don’t have both or either parent.  I’ve been told of families of 12 children who only have four left now…

“This is a great, great charity which now has sponsors all over the country from schools and people of all denominations or none.  Please help them if you can.”