Back in 2006, Lynn Harper was unwell and off work; her (ex)husband had left to go to work but first had bought her a couple of newspapers to read while she was languishing in her sickbed. One was the local paper for Renfrew, where she lives, the other the Scottish edition of The Sun.  She asked why he’d bought her The Sun and he said he thought it would give her something else to read. It wasn’t a paper they would normally buy, but as it turned out, that chance purchase was to change Lynn’s life… 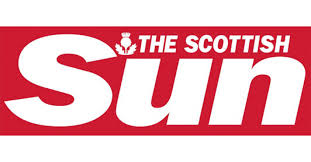 “I was lying in my bed, feeling ill and I got through the local paper in about ten minutes so I picked up The Sun anyway to see what it had that might pass a bit of time.  I saw this double page spread about a lady called Maureen McIntyre and the charity she had set up, called Educate the Kids.  The story explained about the Singing Kids tour featuring these really poor Kenyan children that was going to come to Scotland.

“Well, as I read, I was so moved there were tears streaming down my face.  At the end of the article, there was a telephone number for Maureen so I called her. She was just as nice on the phone as she seemed in the article and she told me about how they were hoping to bring the choir over for the first time but they needed families to host the children and also venues in which they could perform. 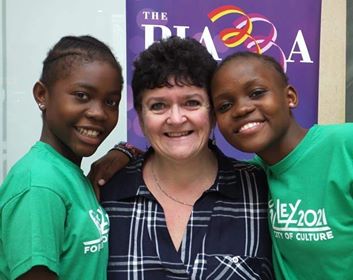 “I had a strong feeling I had to get involved so I started to sponsor Alex, a wee boy in Kenya who was four years old, then the following year we went out to see him.  – and this led to a relationship with the charity that continues to this day. Alex walked eight miles a day to school – four miles there and four miles back, including Saturdays. He is now about 17 and has left the school but I’m proud to have helped him.  When you are in Kenya and see the children and how happy and proud they are about being able to attend school and wear the uniform it makes you realise how different their attitude to life is compared to ours. They don’t seem to realise they are living in poverty. We used to watch them join their wee queue at the school for porridge – they are excited to get it and so keen to learn.  But the heart-breaking thing is seeing the mothers queuing up at the start of each term, desperate for their child to be enrolled as they know it will give them a chance in life, but they know that the school, no matter how much it’s expanded thanks to Educate the Kids, can’t take all their kids.

“I’d also helped in getting the first Singing Kids tour going.  We found some venues and we took in a small number of the children.  My husband would do all the cooking and we’d both do the “rushing about,” washing school uniforms and attending the performances. Being a host family is pretty amazing – hard work but unbelievably rewarding.

“As Educate the Kids grew, the tour went to England and also the USA. Everywhere they went you could see wee groups of people who were all just volunteers like us, all helping to make it happen.  It may seem effortless when you see them singing and dancing, but it’s underpinned by so many good people doing things in the background.

“As for the choir, it’s amazing how musical and rhythmic they are: I was in a Community Gospel Choir and I know how hard 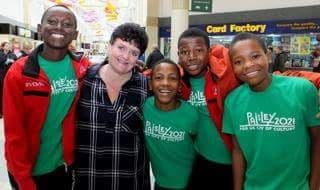 it is, clapping along, keeping time and in tune, never mind the dancing that the kids do at the same time.

“I actually work for a charity and I’m so wary of charities where the chief exec is on a big five or even figure salary, but with Educate the Kids I realised, especially after half a dozen visits to Kenya, that I could see where all the money is going. Once you’ve been there you realise you just can’t leave – you have to do more to help.   You go into the villages and there is no electricity, no running water and poverty we can’t imagine.  Ironically, I hate travelling and I hate the heat! The first time I went, I thought this is only going to be a one-off. However, once I’d been there for a day, I realised there was no way I wasn’t going back…”