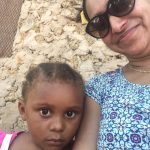 Most of our interviews with supporters of Educate the Kids have tended, naturally, to concentrate on the individual commitments made by those who support the children.  This one is slightly different in that it gives a little more insight to the (sometimes heart-breaking) process by which children are admitted to the school and also explains how we, in the UK, are unware of the levels of poverty in which they live in Kenya.

Cindy Krishnan, pictured left, with Mary, lives in Leeds.  One year when the children came over, she was asked if she would like to host some of them. You can’t help but fall in love with the children when you spend time with them and so soon after Cindy went to Mombasa and helped with the recruitment day at the school …. 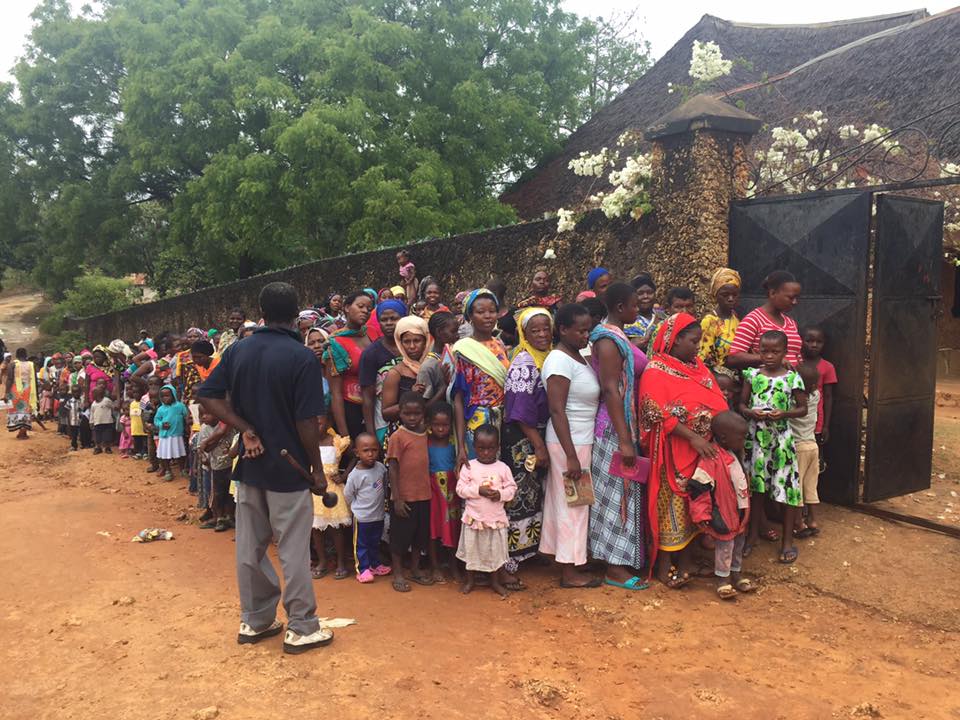 “On the recruitment day, it’s announced that ‘today is the day to try to get enrolled.’ We (the school team) turned up at around 8.30 am and there were already 300+ people in a queue.   They had come from the village itself and all the surrounding villages.  They all really – and I mean really, deeply – want their kids to join the school because of the hope of being able to give their children an education and a regular meal.

“We see them all, one by one. The parents come up to the tables where we sit, with the child for whom they are seeking admission, and we ask the parents what they do, ask what age the child is and back that up by asking them for ID and other details. There are forms to fill in (there are always forms in education!).

“We then get the forms and the recruitment team divides them up by area, selecting which houses we are each going to visit.  It’s important to check the address is the right one and to see the children in their homes. Essentially, we’re looking to reduce those 300 children down to the 80 who will be allowed in.

“The School Principal looks to admit five-year olds first, but underpinning everything is that it’s about picking the poorest of the poor who really could never afford to go to a school.  It might come down to deciding between someone who has a mattress on the floor and someone who doesn’t. We’re also aware that some of the kids only have a single parent, for a variety of reasons, or have a mother and father neither of whom work and live a hand to mouth existence. It sounds terrible, but we’re really assessing relative wealth between extremely poor and unbelievably poor people 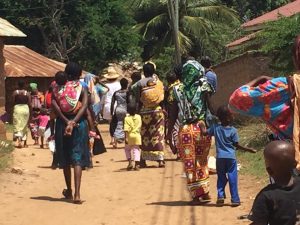 “If you’ve never seen these kids – or only seen them when they come over for the Singing Kids tour – the level of poverty they live in is not obvious. Here, in the UK, they look well fed and well dressed, so although Yvonne tells people who attend the concerts what it’s really like in the village you don’t get the true picture. I’d like to see more videos taken at the school, showing the reality of their lives – having lunch – seeing what they eat – walking to school – sitting rapt in a lesson because they are so desperate to learn – these would be good and would, I’m sure, make people in our country sit up and take notice.

It’s also a very different culture from ours and we can’t railroad your way in and say ‘this is what you need to do.’ This can create terrible situations. For example, one of the managers in the hotel where we were staying the first time I went to Kenya sat down and chatted to us while we were waiting for the taxi to take us to the village and the school.   She was a Maasai but her mother didn’t want her to suffer FGM (female genital mutilation) and helped her run away to Mombasa, where she now has a small daughter and is doing her best to raise her.   Her sister had had FGM and bled to death.  Her father was the chief of the village but despite that he couldn’t resist the cultural pressure to have it done, so he told this girl – his daughter – ‘just leave and that’s the way out of it.’

“To return to the selection process … once the decisions have been made, a list is put up outside the school, the mothers come to see if they are on the list. Then, those who are selected come to get photographed and there is some more paperwork to complete.

“For those refused a place, the younger ones have a chance again the next year, but the older ones don’t. It’s very, very sad to have to make such decisions.

“I’m going out to Kenya again this Easter, taking my two daughters and three of their friends.   Because it’s the Easter holiday when we’re there, we’re going to organise a sports camp and by the end of the week have a little tournament. There is not really much, if any, organised sport at village schools like this, so we are confident this will be popular. The girls and their friends have been terrific. At their school Christmas Fair they had an Educate the Kids stall and sold products they had baked. This helped gain interest from teachers, which has triggered fund-raising events in other places. In total, they made £500 to take out to Kenya. I also did a talk at the Rotary Club and they donated a portion of their annually raised funds.

“Finally, you asked ‘what does the charity mean to you?’  It means a lot, because it’s about education. I’m a Hindu from India and the north of that country is also very poor, again with a different culture from the UK. I think Educate the Kids is the perfect concept and I’ll always try to help them.  Educating children leads, over time, to more doctors, nurses and pilot, professionals and a society that can support itself and that creates wealth and allows more kids to be educated.  Those children I helped choose for admission will have a chance to get these sorts of jobs too, helped by the amazing charity that is Educate the Kids.”