Twenty youngsters – from across the country – were honoured at the first British Citizen Youth Awards at the Houses of Parliament last week. Educate the kids were delighted that 14-year-old Bethan Rees from Brent Knoll was one of the recipients. Bethan has been an avid supporter of the charity since she visited Jolaurabi 7 years ago, helping her gran Sue with coffee mornings, charity shops, car boot sales, plant sales, jewellery stalls and multiple tombolas and raffles every year. When Bethan was just 11-years-old, she completed a 10km swim and raised enough money to sponsor a child’s education for several years. She is planning a further sponsored event next year to continue to pay for 10-year-old Deborah Chome’s education, who she is photographed with above. 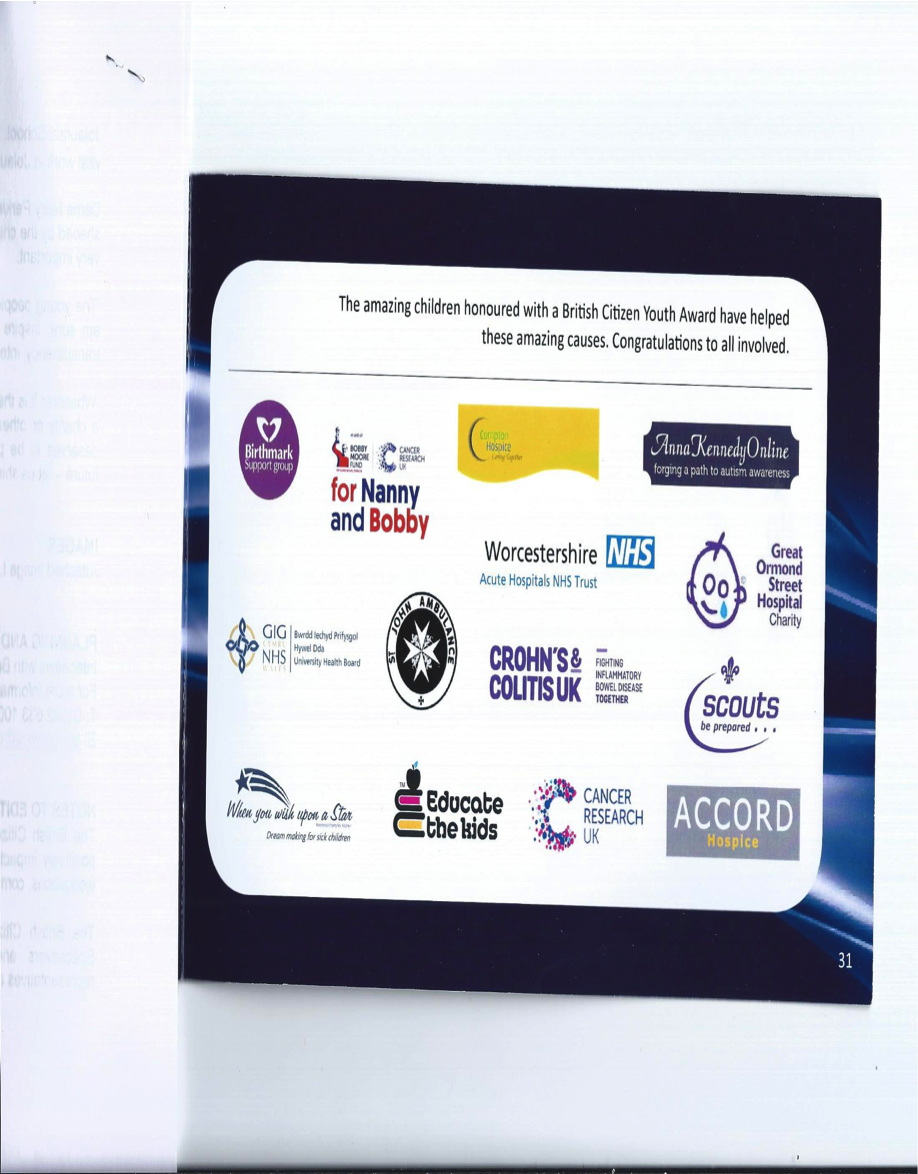 The inaugural event was hosted by American singer and TV personality Kimberly Wyatt, and honoured children from around the country. Educate the kids are delighted that Bethan was recognised for the wonderful work she does, and that the charity was in such prestigious company.

Dame Mary Perkins, co-founder of Specsavers, said: ‘The society we live in tomorrow will be shaped by the children of today, which is why championing amazing young role models is so very important.

‘The young people that become the recipients of the first British Citizen Youth Awards will, I am sure, inspire other youngsters to emulate their good work and embody the spirit of transparency, integrity, determination and achievement that define these awards

‘Whatever it is that they have done to make a significant impact on society, their community, a charity or other good cause, it will have been with a selflessness and commitment that deserves to be publicly acknowledged. These unsung heroes are the rising stars of the future – let us shine a light on them and celebrate!

Bethan Pictured outside the houses of Parliament with James Heappey who is the representative for the Wells constituency.