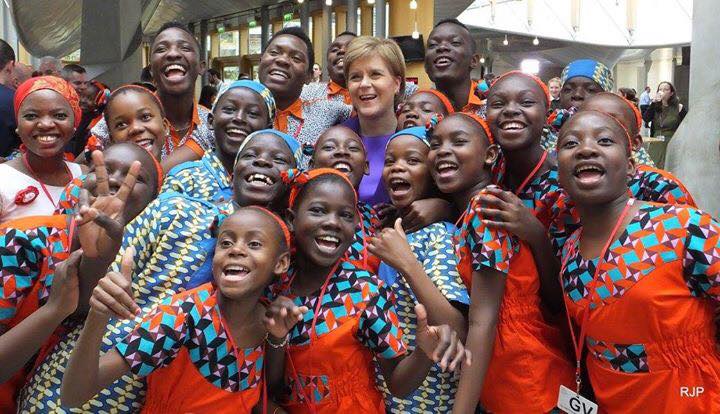 The children were treated to a tour and visit to chambers in The Scottish Parliament bringing their  “I Smile” tour to a fitting conclusion.  Derek Mackay MSP, is now long term supporter of the charity after Lynne and Mike Baldwin from his constituency asked for his help in 2006, he has been an avid supporter ever since and the children love to meet him. One of the wonderful characteristics of the children is that they treat everyone the same. We are sure that Members of Parliament  were surprised to see Derek being hoisted up in the air whilst his name was chanted, and the First Minister Nicola Sturgeon being  hugged in a flash mob fashion. 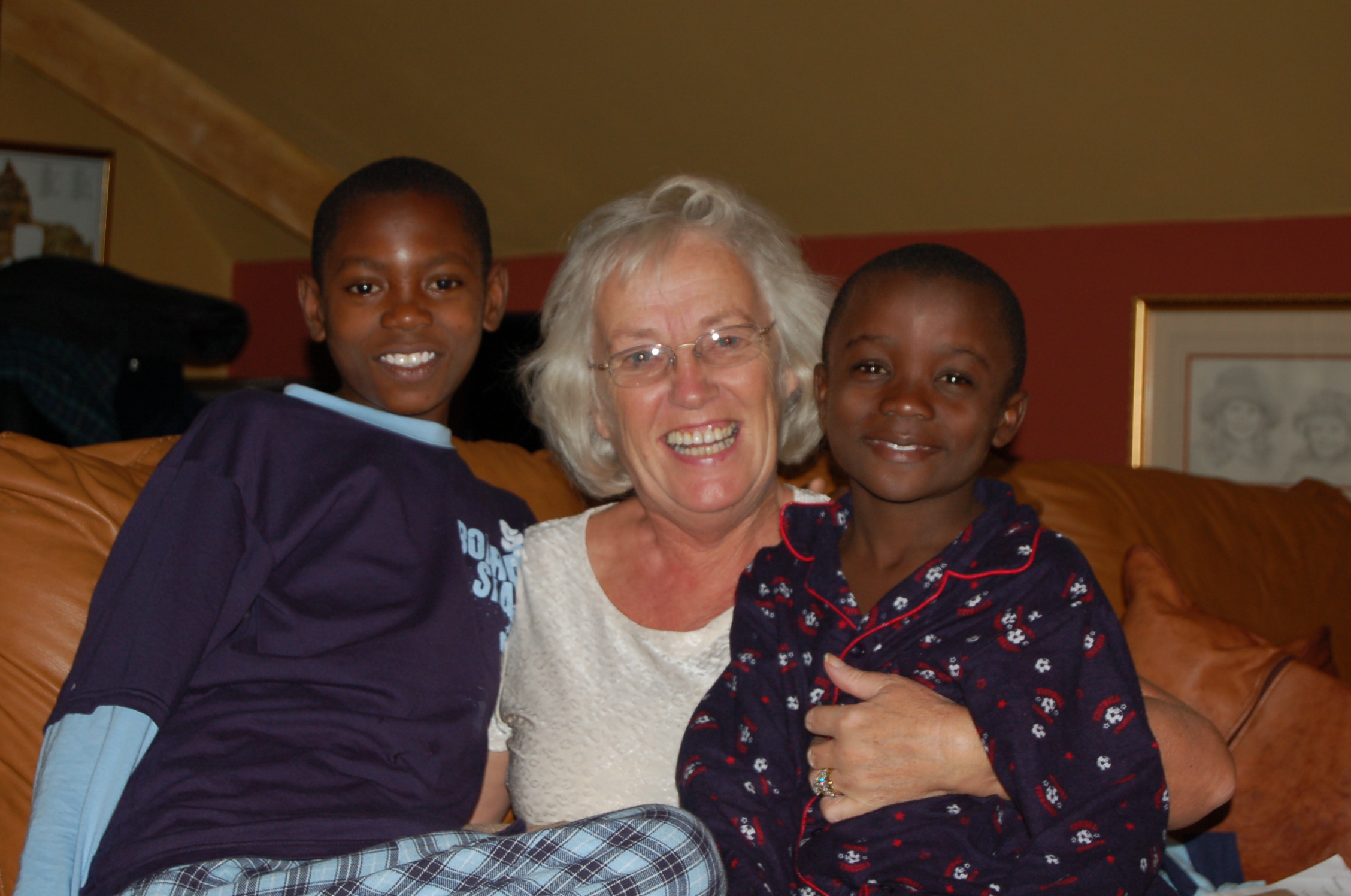 Photographed with Daniel and Kombe in 2007

Maureen has dedicated the last 18 years of her life to establishing Educate the kids, a charity which gives “a hand up, not a hand out” to thousands of children in Africa.  The singing children tours are a cultural and educational experience, that raise funds and awareness and allow people to meet these wonderful children from Kenya.  In recognition of this work, Maureen was presented with an engraved Quaich from The First Minister who surprisingly stayed to watch the full performance from the children.

As a charity we emphasise that we educate all children regardless of their colour, gender or religion, and treat all children the same.  As an organisation we remain politically neutral and are delighted that the Scottish Government extended this award .