make a donation
How long is your child’s school day?
18 Dec 19
share this article

In our country, and indeed in most western countries, the school day is not particularly long.  My own primary school day started a 9.00 am and finished at 4.00 pm: by the time my sons were at primary school an hour had been whittled off this and they headed for home at 3.00 pm. Including the breaks during the day, it’s now around seven hours – what we think of as “a normal school day.”

Yet here’s a question for you – how long do you think the school day is for the pupils at Jolaumrabi School – the school which Educate the Kids built and supports? (if you know the answer, keep quiet while everyone else thinks about it!). Go on, have a guess – eight hours, nine, ten?

I was fortunate to discover the answer when I met Edward, Jolaumrabi’s Head Teacher and Chris, the Deputy Head, on their recent visit to the UK.  The two gentlemen, pictured here, kindly gave up a little of their time to tell me more about a typical day at their school… 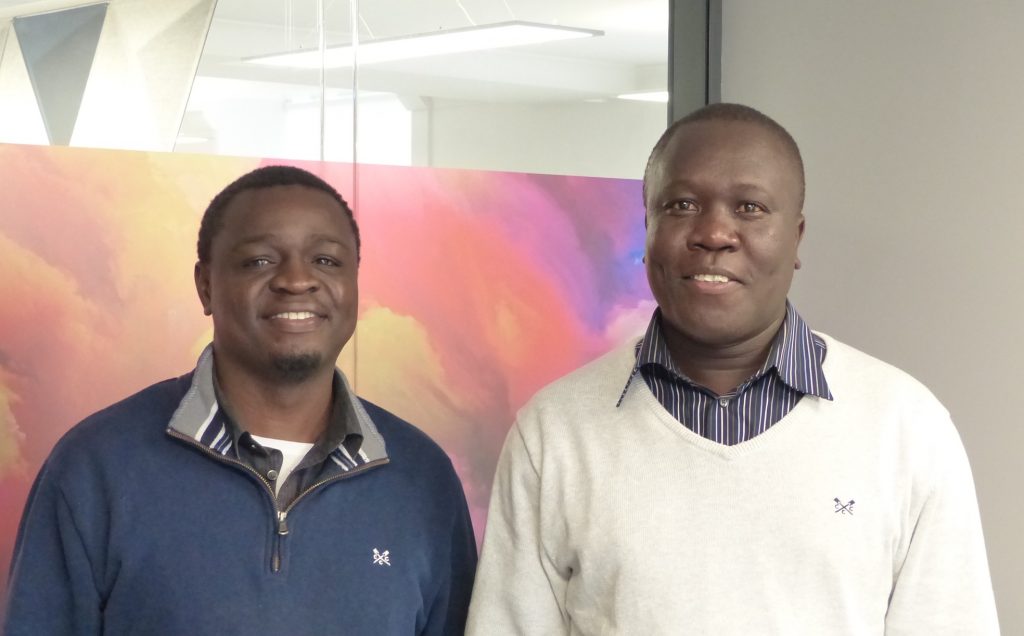 “We start at 6.00 am, with pupils and teachers arriving from the village and the surrounding area.   Generally, in Kenya most businesses start earlier than in the UK, usually about 8.00 am, but we get straight down to teaching at 6.00 am and then the children have a short break at 7.00 am.  On Mondays and Fridays, we have a School Assembly between 7.45 am and 8.20 am, then it’s back to the classroom before another short break at 9.00, then lessons until the children get their breakfast at 10.15 am.  Our teachers are trained to look out for any signs or stories about any child who has not eaten the night before – bearing in mind the poverty in which so many of them live – and, if necessary, we’ll give a hungry boy or girl some food before the official breakfast time.

“Classes resume at 11.00 am and there are two lessons up to lunchtime, which is at around 12.30 pm and usually finishes, including their break-time, at around 2.00 pm. One of the problems we have had as a result of the school being so successful, is that we have so many pupils now it’s hard for them all to play in the playground during the break periods.

“In the afternoon, classes run till 3.10 pm and from then until 4.00 pm we have different activities on different days.  These include games, but we also have a day for a debate and a day for sports. Like most children, our pupils love sport and they play football, netball and cricket, amongst others.

“Once the “Games” period is over, there are classes again until 5.00 pm and then there is a period for revision until 6.00 pm, when the school day is over and the kids can go back to their families.”

There you have it – a 12 hour school day! How many of our own kids (let alone the teachers!) would put up with that?

I then asked Edward and Chris what they feel is the best thing about their jobs.  They were both of the same opinion, telling me that their work is about co-operation, delivering education that helps change lives for some of the poorest people in their community.  Edward explained that, for reasons of culture and poverty, some parents don’t value education but they, fortunately, are in a minority, as is evident when there is an intake day and mothers queue up for hours, hoping to get their child into the school.

Edward also explained that the school has, by law, to follow the curriculum laid down by the Kenyan government, but that this is changing soon, with a new curriculum expected to place more emphasis on competency-based learning.

Finally, I asked them what were their impressions of the UK?  During their time in the UK, both gentlemen have seen some of our schools at first-hand and they both agreed that the major differences are in terms of facilities and resources, as well as the delivery of content.  Also, where we have  teachers with assistants in the classroom and small class sizes, in Kenya they have 40-50 in each class and the teaching style, with pupils in desks or at tables in rows, is more reminiscent of the kind of thing older British people (like me!) will remember from the 1960s and earlier.  For Chris, who was on his first visit to the UK, the other surprise was the infrastructure, especially the quality of the roads and buildings which are a far cry from what they are used to in their part of Kenya.  But perhaps the most interesting thing was Edward’s final comment.  “People in the UK follow rules,” he told me. It’s nice that he sees that and gives me, at least, a bit of hope that our country is essentially a decent place (which it is) – although I do wonder if our children would still follow the rules if they had to spend 12 hours at school each day…