make a donation
They have so little but look so happy. It’s humbling
11 Sep 18
share this article 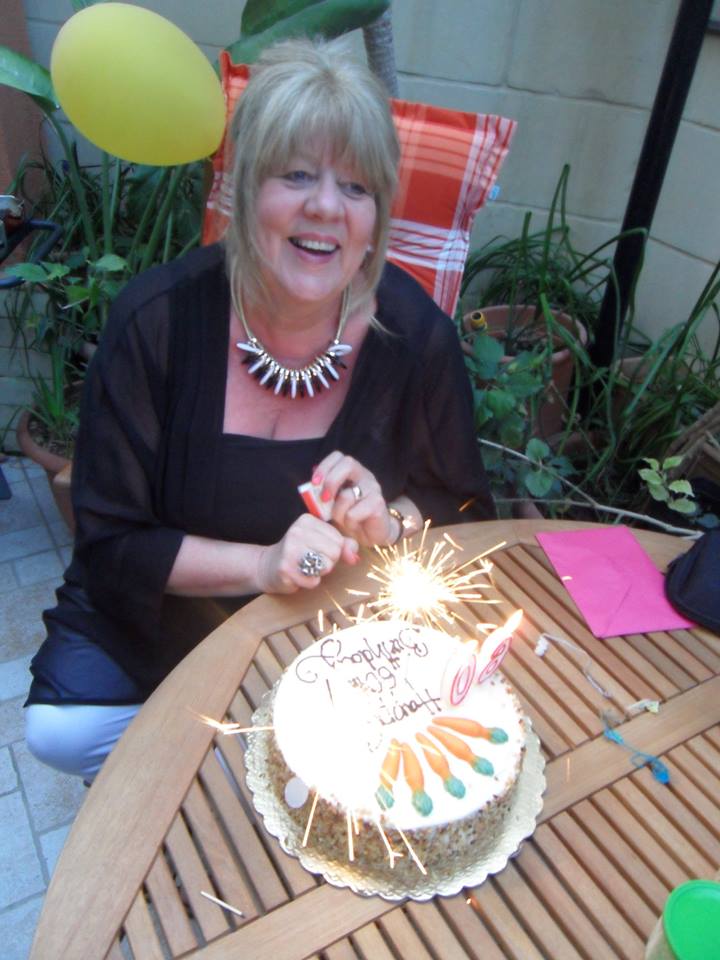 Beverley Ford (pictured here) lives in Bingley, near Bradford.  Having spent much of her career working in schools locally, she then started a shop.  Amongst the many items she sold were charity wristbands, including ones for Educate the Kids (even though she didn’t really know anything about the charity at this time). Coincidentally, she saw a programme on the telly about Africa. Putting the two things together, she decided she’d like to visit Kenya and find out more about this charity….

“I first went out to Africa in 2006.  My son and my younger sister had already been out a few months before and had helped in building a classroom.  My sister also accompanied me the first time I went. She was a drama student who sang in a band and, with encouragement from Maureen (the founder of Educate the Kids) she helped set up the choir which is (at time of writing) touring the UK to raise funds.

“I went again in 2008 with two music teachers, Helen Richmond, (whose niece is in Girls Aloud!) and Gaynor Laird.   I will never forget Gaynor arriving at the school in a minibus occupied by 4 Masai Warriors who were coming to teach them some dance moves.  She just couldn’t believe it!

As you can imagine, music, singing and dancing were very much to the fore on that trip.

“I’ve not been back to Kenya since then, but I’d love to go back. I have hosted the kids on their trips to this country and they are a delight.

“One of the reasons I’m so keen on Educate the Kids is Maureen. She is an inspiration – so passionate about the charity and its work. Because I’ve worked in education I know how important it is and what a difference it can make.  However, when I contrast our attitude to schooling in this country with the children in Africa it’s sad how we just don’t appreciate what we have here.  In Kenya they queue up for school – can you imagine that happening here?  When they have a pencil they hold on to it for dear life, because once it’s gone it’s gone.

“Educate the Kids is a very important charity. It gives these youngsters something they haven’t got and without it they wouldn’t have – an education.  When I went to Kenya it was the most amazing experience I’ve had.  We have all seen TV programmes about poverty in Africa but when you go there and see it for yourself it’s unforgettable.

“You asked what I’d say to someone thinking about supporting Educate the Kids. That’s simple.  All the money goes to the children – every penny, without any being retained in the UK for salaries, admin etc. like most other charities. And when you go there and see the kids’ enthusiasm – their smiles – it’s invigorating. They have so little but look so happy. It’s humbling.”